On a showery Saturday in September, 17 members of the side assembled from seven counties to pay tribute to two stalwarts of Adderbury Morris from different eras. After a moving ceremony to commemorate the centenary of George Robins’ death described previously by Dave Reed, we met at The Black Boy to celebrate our Treasurer and long-term supporter, Chris Garrett’s birthday. It was a great pleasure to mark the dancing debuts of two new members of the side, Troy and Dylan. The latter is John’s grandson; aged six, he has a great dancing career ahead of him. Dylan’s presence meant that Alfie Newman, Chris G’s grandson, who also danced splendidly, is no longer the youngest member of this side. Both of our latest recruits acquitted themselves very well dancing with great enthusiasm and allowing us to field two sets for most of the dances. The occasional showers which created natural breaks between sets of dances enabled those present to enjoy the opportunity to chat to friends, old and new, and feast on chips generously supplied by Chris. It was particularly good to meet up with Robin Wilkinson, the oldest member present, who travelled from Norfolk via Surrey to attend. It was also great to welcome back Bob Southern, fit again after injury and our old friend Nick Duxbury, who made a guest appearance on Brighton Camp before he embarks on a year of extensive travelling. 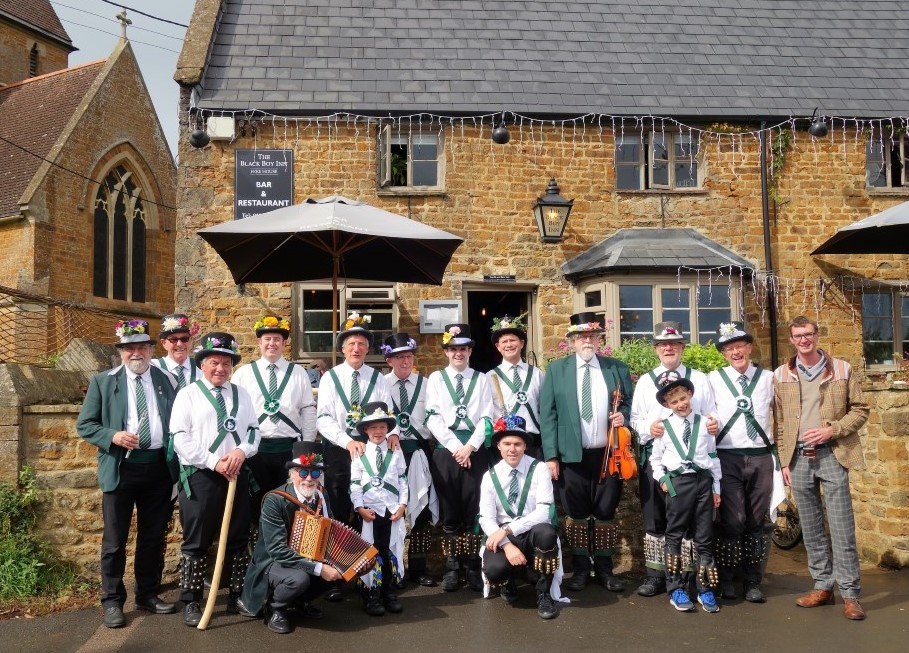 Thank you to all dancers, musicians, friends and family who made this a most enjoyable and memorable day of dancing.