We had a wonderful time at the Banbury Folk Festival and Hobby Horse Festival. Appearing at five venues throughout the day in front of large, knowledgeable and enthusiastic crowds, we performed in excess of 20 of our dances. We met plenty of old friends and made some new ones including many strange hobby horses and beasts. We particularly enjoyed meeting folklorists, Fred Mead and his son Josh, who had come over from Essex to learn more about Cotswold Morris. (The photo below shows them joining John, Troy, Richard and David dancing Brighton Camp in front of The Reindeer.) 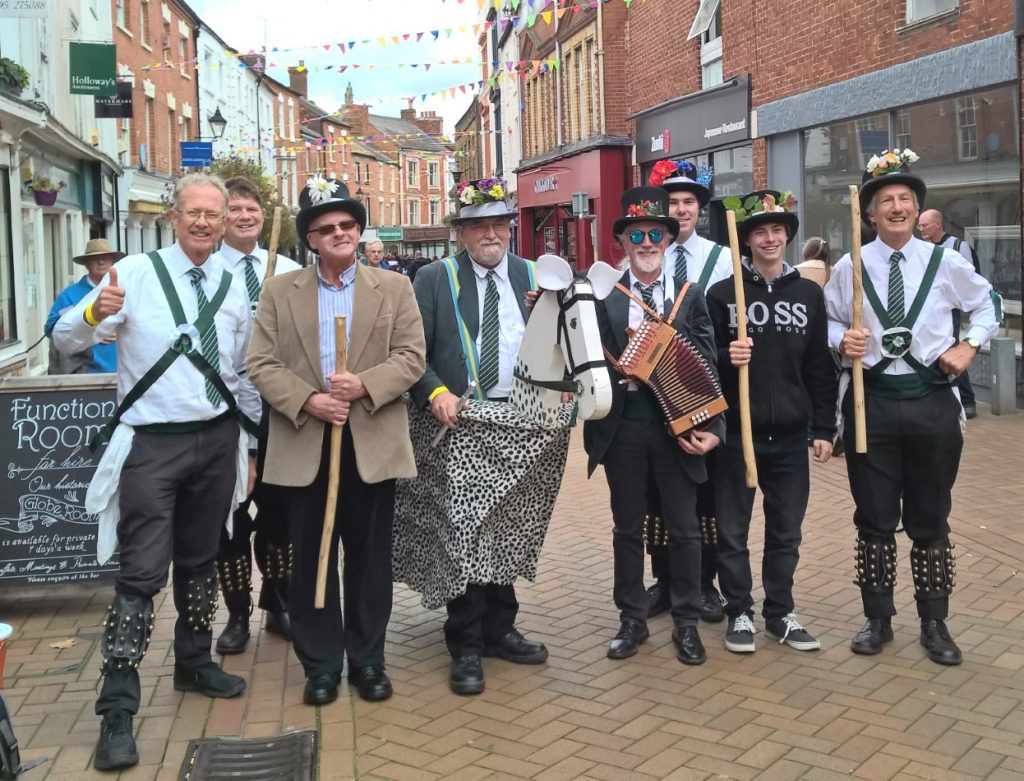 An action-packed afternoon ended at the Bandstand where we performed Black Joke in front of the other dance sides. After the final procession of beasts we danced Constant Billy and were joined by four of the splendid Broadstairs Hooden Horses (as seen in the photo below). 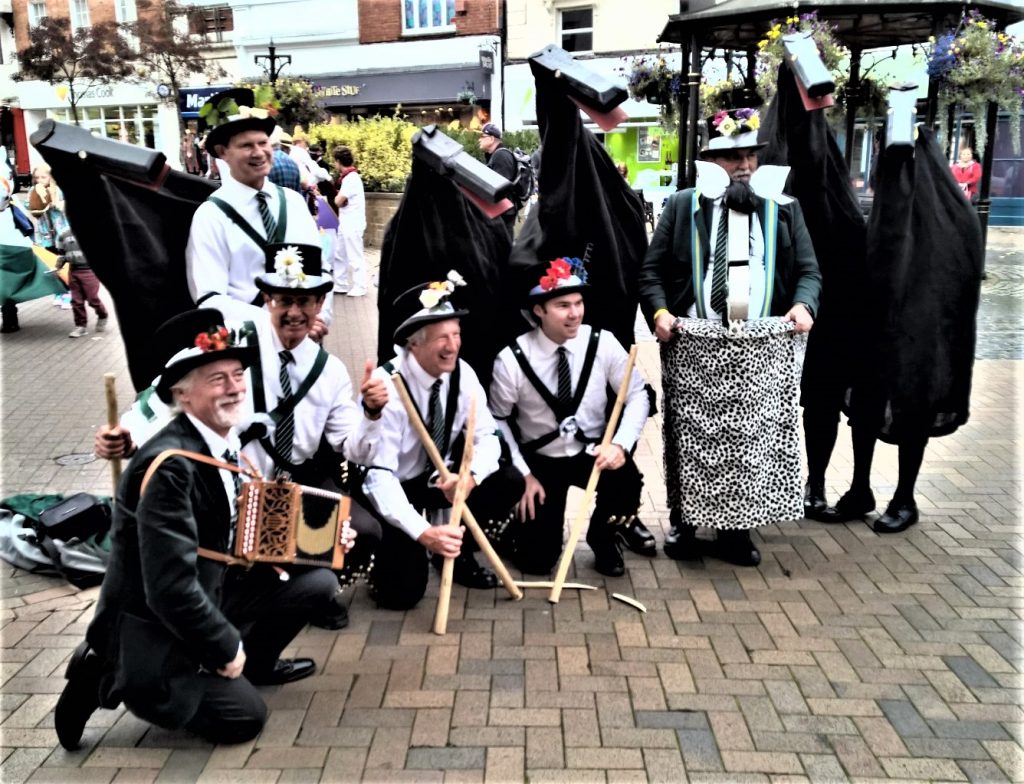 The weather was kind to us and this was the most enjoyable day I have had in Banbury for a very long time. Thanks as ever to our musicians: Malcolm, who combined whistle playing with riding Charlie the ‘Oss and of course to Donald. Congratulations to Troy, who has assimilated the AVMM dances in an amazingly short time and has quickly established himself as an essential component of the side.