Saturday 17 June proved to be the start of a short heatwave and the hottest day of 2017 until then at 28C – that’s over 82F in old Morris money. For the second year we ventured into Flora Thompson country for a Beer Festival booking at her Candleford Green, in real life the village of Fringford. After a brief hiatus to muster the troops we put on a mercifully shortened set (in view of the strange burning thing in the sky) necessitated by the crowded entertainment programme laid on by the organisers. We kicked off with Sweet jenny Jones, then Constant Billy (it’s a swine on grass), Hail To The Chief and Roast Beef of Old England. Phil Taylor then volunteered to give us respite by doing a solo Jockey To The Fair – well played that man. We then finished off our first half with Shepherd’s Hey and Beaux of London City, before giving way to an interlude by the Fairground Organ. Its proud owner told us that the conclusion of “Tea for Two” was our signal to resume. There was just time for Haste to the Wedding, Washing Day, Lads a’Bunchum and Brighton Camp before the next singing act came on stage. Our thanks for assistance with dancing from beer-punter John and for photography by the stage soundman. 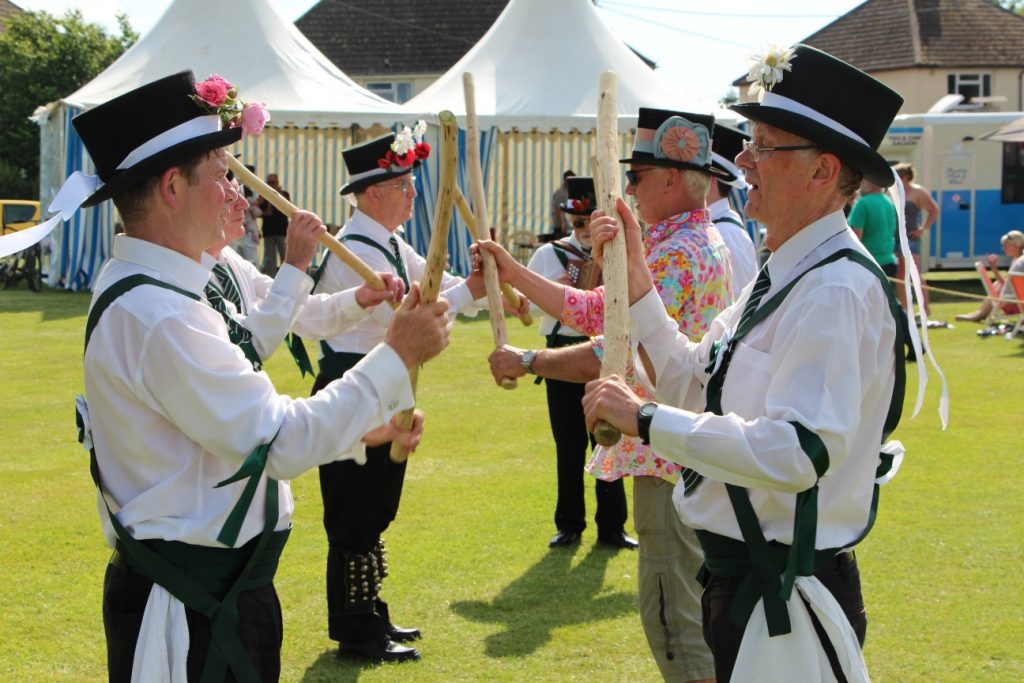