AVMM contributed to the annual Christmas tree festival in St Mary’s church, Adderbury, with a tree decorated in AVMM colours by Chris Holmes and John Ekers. As the church receives many visitors during the festival, Squire Dave Reed and Bagman John Ekers were asked to perform three two-man dances on Saturday 5 December. They were accompanied by AVMM musician Donald McCombie and a group of guest musicians and singers. 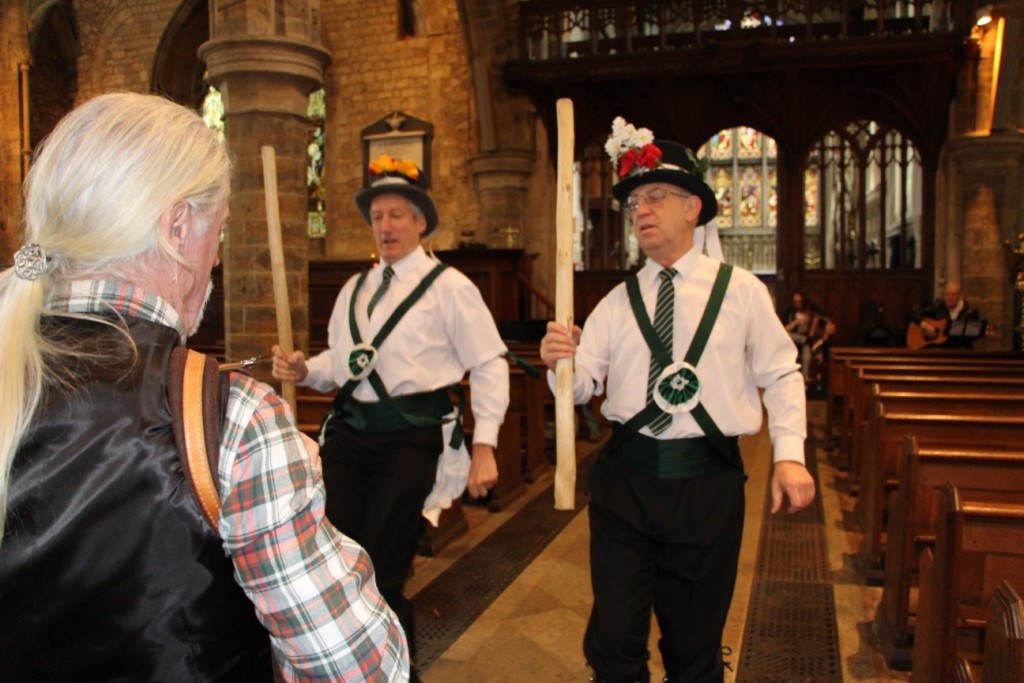 The AVMM Christmas dance out at the Bell, Adderbury starts at 12.30pm on Monday 28 December 2015