After a somewhat troublesome crossing of the channel by some (!) the side (9 dancers, 1 musician and 10 friends and family) assembled in La Belle France for a third tour of the war graves. For many of the dancers and their families this was their first of these tours and there was a keen sense of anticipation on the Thursday evening / Friday morning when we arrived.

Friday saw some of the highest temperatures the Picardy region has had in many a year, this in turn was met with some of the hottest dancing the AVMM have done in some time!

The day started with the short drive to the war graves in Pozieres, where we paid tribute to those that fought and died in this part of France through our own brand of song and dance – in particular to Ronald Pargeter from the Adderbury Morris side. Three of the touring party have strong links to Bloxham School and took time to pay respects to an ex school Captain – Arthur Stevens who lies here. As with everywhere we went these graves were immaculately looked after and readily available plans meant finding the AVMM dancers was easy. Congratulations should go to the Commonwealth War Graves Commission for their continual work in this regard. 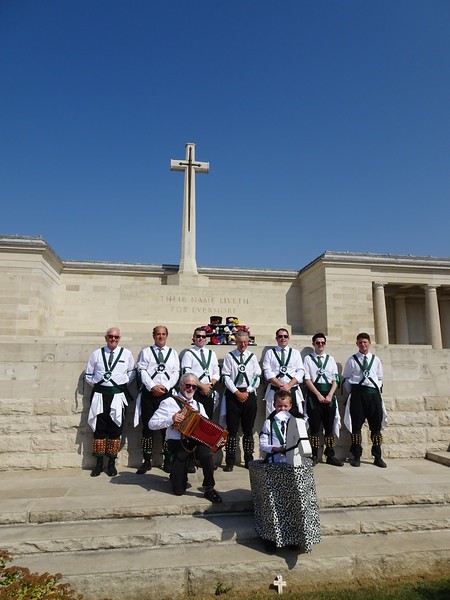 The short drive to the Thiepval memorial allowed us to reflect on the enormity of the battles in the First World War and the number of people lost on all sides – which is reflected excellently in the song penned by our musician Donald – we sang this a number of times and its power never diminished. The size of the Thiepval memorial really brings this loss into focus. We paid our respects to Percy Pargeter here and singing and dancing here felt very special and for me personally singing about the ‘…generation lost and gone who will never dance again…’ here was a significant moment. 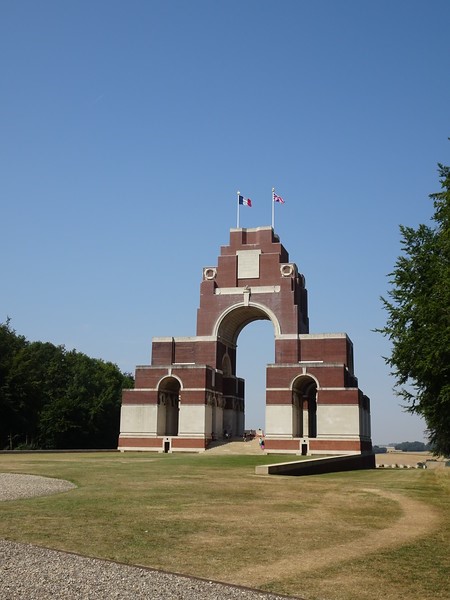 Lunch was had in the lovely Le Corner pub in Albert where we replenished our energies and rewarded the landlord and landlady for their efforts with our version of ‘Landlord’ (under the air-conditioning!).  After managing to find some shade in the picturesque main square of Albert we ran through a good number of stick and hankie dances before taking a rest prior to the evening’s festivities.

In the evening we were the guests of honour at the Son et Lumiere show in Pozieres. This sound and light spectacular portrays the story of WW1. As part of the show they depict normal British life in the run up to the war featuring George Butterworth (an English composer and Morris dancer) who died here in the war. AVMM danced as part of this reflecting George Butterworth’s love of Morris dancing in the pre-war years. It was lovely to be involved in something that really felt like a community organisation paying tribute to the efforts of people 100 years ago and for this evening we were truly welcomed into their community.

The following morning we all made our way over the border into Belgium and assembled by the cloth hall in Ypers. We performed some dancing here before walking the short distance to the Menin Gate. Here we were honoured to be able to lay a wreath as part of the last post ceremony. This was an emotional event for all of the side and our family who accompanied us on the tour made all the more so by the excellent Stockport Schools brass band playing as part of the ceremony. It was very powerful to see the number of people attending the last post ceremony and heartening that the millions lost are still remembered by so many.

There was some debate on twitter about this ceremony with a few people keen for it to return to a simple playing of the Last Post on bugle. However it seems that all who saw AVMM were impressed with the dignity and respectful way we conducted ourselves and I hope in some way persuaded the traditionalists that our uniform is a valid as any other. Being part of a ceremony such as this feels very important and it is an honour for the side to be able to do once again. 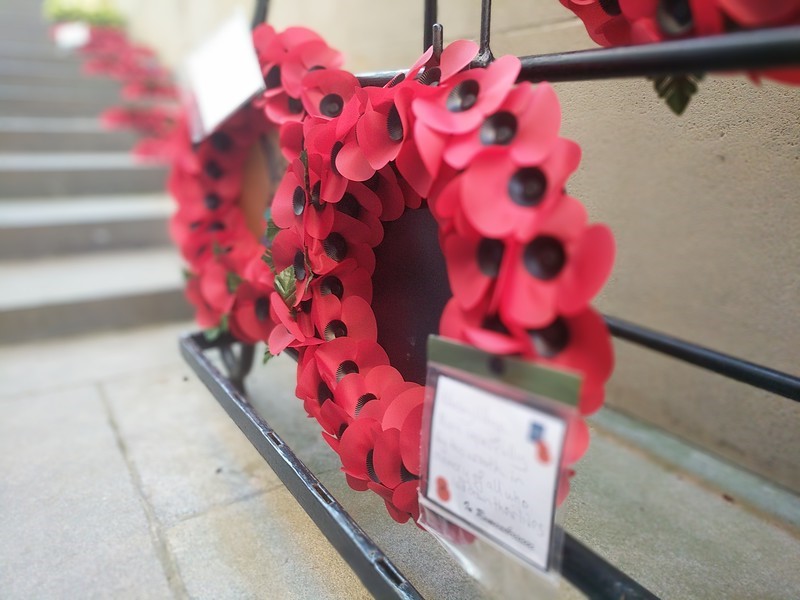 That evening then allowed for a gentle sampling of a few lovely Belgian beers before and after dinner which were all excellent and this time really allowed the side to get to know each other outside of the dancing sphere.

Sunday started with a tour of the excellent Passchendaele museum – which comes highly recommended before the short drive to the Tyne Cot memorial (where George Robins’ memorial is) where a relatively large audience saw our final song and dance performance bringing an excellent tour to a conclusion. 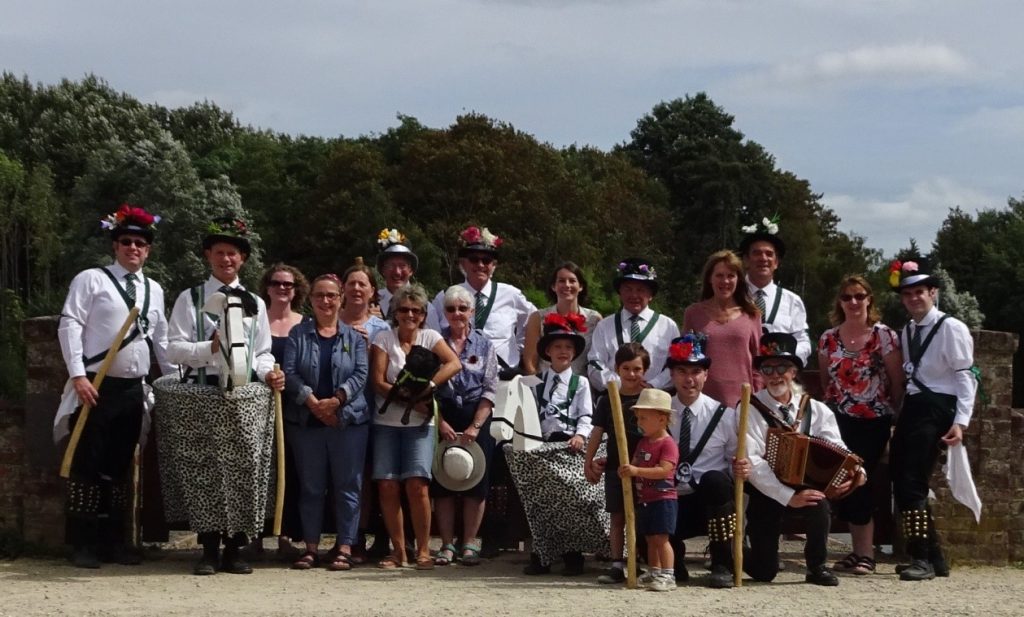 I personally wish to thank John Ekers for his excellent organisation of this tour and it was a great shame Bryan Sheppard, our fool, was unable to join us on this occasion due to ill health. His contacts and organisation of previous tours played a large part in helping make this one successful.