We were asked to provide a small Morris presence to add extra colour to a Tudor Minstrel performance in the village of Wilmcote so we sent two men and a horse. The event  on Saturday 24 September was well attended and generated a good deal of interest in the Morris and several discussions about the AVMM tradition and the origins of the Morris. A gentleman from Madrid knew a lot about the Berber people and genetic links between these people and some Scots. 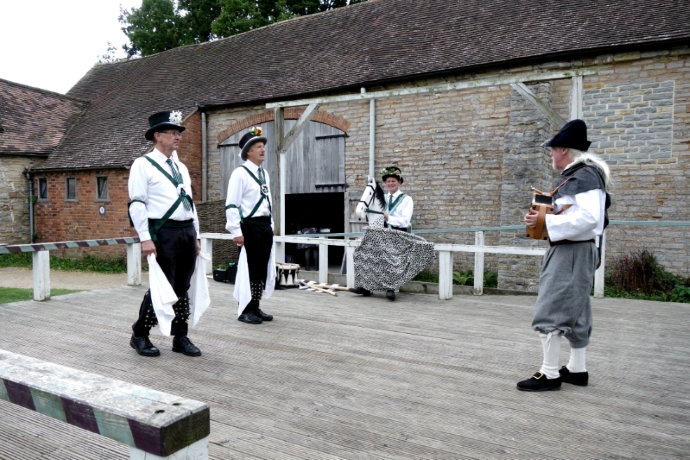 Initially our men were invited on stage to join in choruses on a selection of local and Elizabethan songs. Later we demonstrated 12 examples of our repertoire of dances also involving Charlie the ‘Oss, who proved very popular with the large number of children present. We sang two Adderbury songs, Landlord and Happy Man and even attracted a potential recruit who mastered the basics of Sweet Jenny Jones and Brighton Camp – a very promising find from Bloxham.